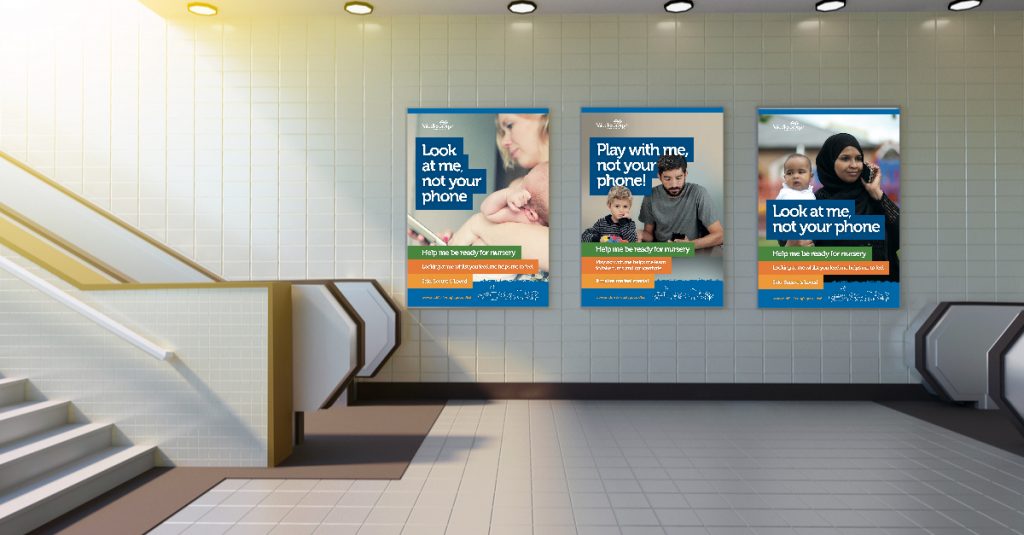 In the past 12 years MMD have supported a number of Local Authorities on a wide range of campaigns. From domestic abuse, to drug and alcohol addiction we have a proven track record in producing hard-hitting marketing campaigns.

The latest campaign involved working with Middlesbrough Council on a project that has already made a big impact in the community. Middlesbrough Council’s Stronger Families department identified there was an issue with parents use of mobile phones around children. They wanted to encourage parents to interact with their children rather than focusing on the screen of their smartphones.

Since launching the campaign, the story was covered in the Evening Gazette newspaper and also featured on the ITV news and the BBC website. The story continues to attract interest across the UK, with the BBC One Show running a feature on the project on Friday 6th October. Mark Skirving, who led the project for MMD:

We are really proud to have been involved in such a thought-provoking campaign. When we first met Jo to discuss the project we knew straight away that this would grab people’s attention as it is such a big issue. To see the momentum the campaign continues to take is great to see.”